A pair of newly discovered bootlegs have been spotted at auction, this time both droids molded in the correct colors and painted to look like the Comics Spain releases, but both deformed and sloppily painted. No confirmation on country of origin or year produced as of yet. The R2-D2 is difficult to discern at first, but the C-3PO has some glaring differences, from the green nose to the hilariously gaping mouth. 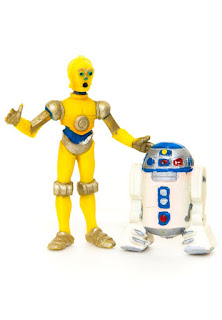 Posted by starwarscomicsspain at 1:23 PM

Princess Kneesaa of Endor, would surely never leave the hut without painting her lips, yet here is a sample found with no "lipstick" applied. It's always possible that it was intentionally removed by an owner, or rubbed off with time and play, but we leave no error undocumented. 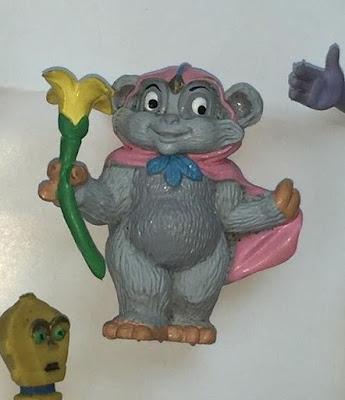 Posted by starwarscomicsspain at 11:40 PM

Found at auction, this Disney Star Tours sample of C-3PO is incorrectly listed as Comics Spain, and has also been customized to include a keychain. While a number of the Comics Spain figures were indeed sold as key rings, they were produced that way at the factory level, and you'll be able to notice the difference at the top of the head, where a pin / screw was inserted. With the Comics Spain versions, you'll be able to distinguish paint on the metal, because the rings were inserted before the figures were hand-painted. With this Disney custom, you can see force was applied to drive it into the head at a later time. 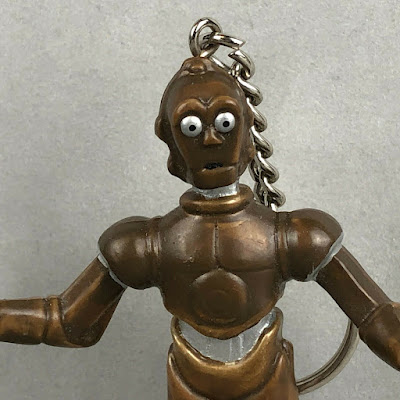 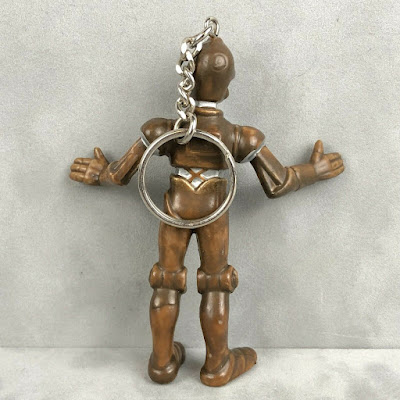 Posted by starwarscomicsspain at 2:57 PM

Some collectors have often speculated what the base color is for the gold C-3PO figure released by Comics Spain, and whether they were simply repainted copies of the standard yellow figure. From the well worn sample seen below, it appears that the base color was actually different, a light pink or even flesh tone. A number of years ago, another sample surfaced of the same color, with no paint, so it could have been chemically stripped. The same may have been true for the solid yellow samples that have come to market. 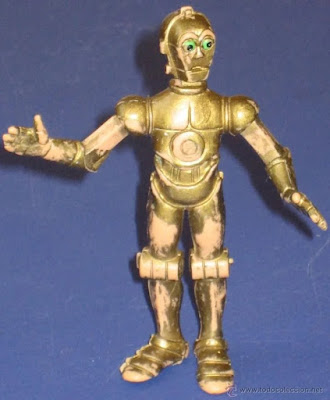 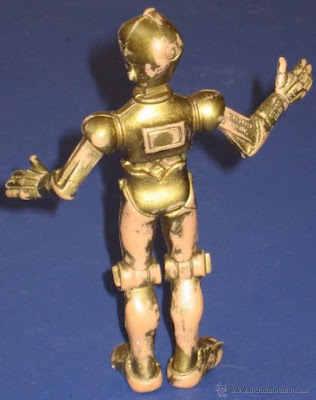 Posted by starwarscomicsspain at 11:46 AM

Another Wicket key ring has been found, and oddly enough, it hails from Japan like the previous sample noted in 2018. I confirmed by comparison that they are indeed unique figures, including some alternate deco. While all of these originated in Spain, its interesting to note that both Wicket key rings were discovered in Japan. 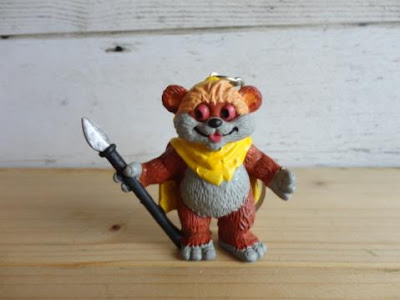 Posted by starwarscomicsspain at 8:25 PM

I've previously mentioned the genuine variant of Paploo that was painted at another workshop, which featured pink hands, feet, etc. All of those samples included necklaces painted solid grey, instead of giving them the correct black band. We now have a couple samples of the variant Paploo with a brownish burgundy necklace as well. A slight change, but they're always added to the archive! 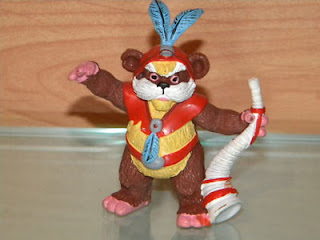 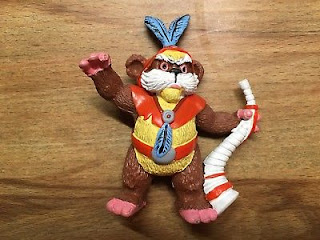 Posted by starwarscomicsspain at 11:00 AM

Last year, a few samples of a Dulok paint variation made it to market, all with the same features. The paint for the eyebrows and nose are light brown and match the club in his hand. The nails on his feet and hands are also painted grey. These deco changes from another workshop, apparently produced the figure in a more vibrant shade of green pvc. 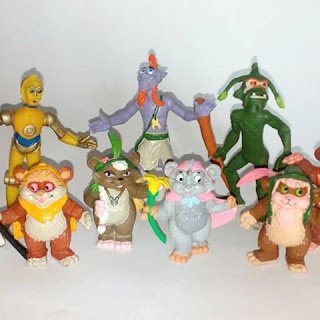 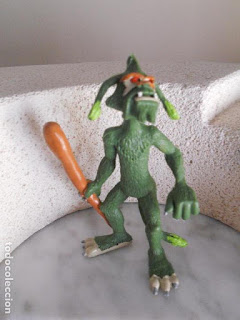 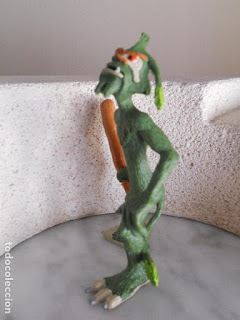 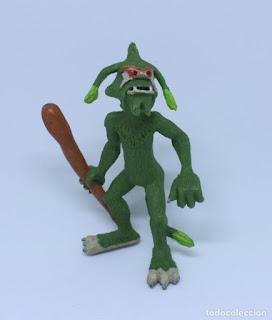 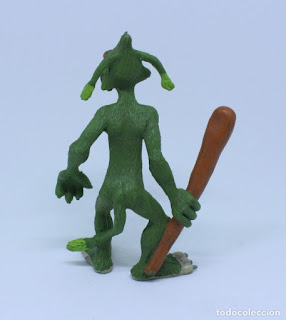 Posted by starwarscomicsspain at 2:56 PM