I recently had someone ask me about the Kenner preschool line that was made for the Ewoks cartoon series, so I thought I'd cover it for this blog as well. Both the Comics Spain Ewoks and the Kenner preschool Ewoks are all based on characters from the Ewoks cartoon series, though Kenner designed several of the characters a bit differently compared to their cartoon appearances. I don't own the whole preschool line, so I thought I'd show off a few figures I do own - notice how well they work with the Comics Spain figures. The scale is very similar, as well as the bright cartoon colors. In the first picture, we see the 'momma' Ewok known as Zephee, along with the Comics Spain Kneesaa. The second image shows Gwig, a baby / wokling. The final image is that of Baga, the Bordok. 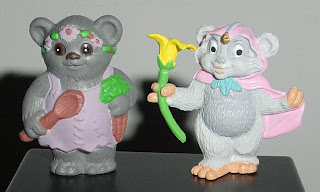 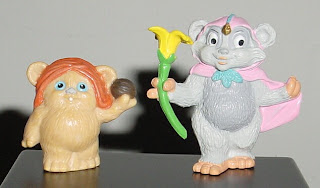 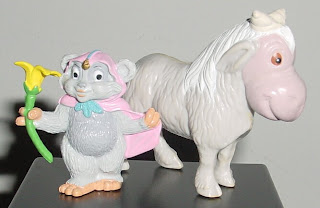 Posted by starwarscomicsspain at 8:02 PM